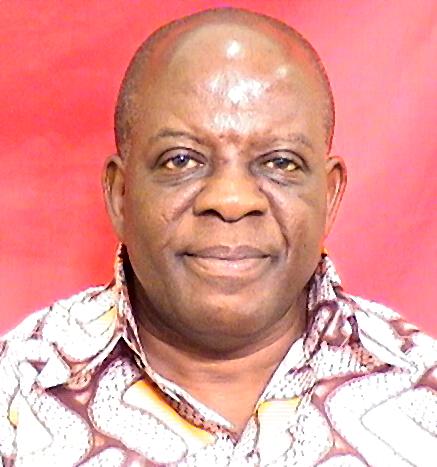 Joshua Ayarkwa is a Professor of Construction Technology and Management at the Department of Construction Technology and Management. Joshua just ended his term as a Provost of College of Art and Built Environment (2016-2019), served as a Visiting Professor of Linnaeus University of Sweden, the Deputy Director of the Institute of Distance Learning (IDL) of KNUST, Kumasi, Head of Building Technology Department. He has also been the Dean and Vice-Dean of the Faculty of Architecture and Building Technology of the College of Architecture and Planning. He was born in Sekyedumasi, Ashanti Region, where he completed my elementary education. He attended Asanteman Secondary School, Kumasi and Ghana Secondary Technical School, Takoradi for my GCE “O” Level and GCE “A” Level respectively. In August 1985, he graduated from the KNUST with a BSc degree in Building Technology, in Second Upper Division, and after working for three years after National Service. He undertook a Postgraduate Certificate Programme in Wood Technology/Wood Research in Germany under German Foundation for International Development (DSE) Scholarship in 1991. Following on from that, Joshua was re-admitted into his alma mater for an MPhil Degree in Wood Science in 1992, and completed in 1994. After some years of the field of work at the Council for Scientific and Industrial Research (CSIR), he enrolled at Nagoya University in Japan for a PhD degree in Timber Engineering on Japanese Monbusho Scholarship, which he completed in 2001.  Due to his outstanding competence and academic credentials, he joined the staff of KNUST as a Senior Lecturer (a temporary position) in September 2002. By virtue of diligence and devotion to work, he was appointed an Associate Professor to the Department of Building Technology with retrospective effect from September 2002. Joshua is a professional Scientist, a specialized scholar in the fields of Building Technology and Timber Engineering, and an accomplished academic and administrator with quality experience, both locally and internationally. Joshua worked at the Council for Scientific and Industrial Research (CSIR) in various positions and capacities including serving as a Senior Research Scientist at the Timber Engineering and Mechanical Processing Division of the Forestry Research Institute of Ghana (FORIG).

He has good standing membership to some commissioned Committees in the KNUST including, Member of the KNUST Governing Council, Member of the Executive Committee, Member of the Academic Board, Member of Management Board of IDL, Member of Management Board of the School of Graduate Studies, and Chairman of the College Board of College of Art and Built Environment, and Chairman of the Public Lectures Committee. He has been a member of the Editorial Board of the KNUST Journal (JUST) and many international and local Journals, and have served as Reviewer for many Journals. His academic excellence has earned him recognition among his peers in the University Community and beyond. It is this background, among others, that distinguishes me as an External Examiner, Moderator, Reviewer, and Assessor for Universities and Polytechnics in Ghana, and for the National Accreditation Board as Chairman of Accreditation Teams.

As a contemporary Researcher, his has conducted extensive research, published over 200 articles and mentored many upcoming lecturers/researchers and supervised over 250 BSc, MSc, MPhil and PhD students. He has proven record and capacity to generate funds and attract grants, having generated huge IGF into the KNUST at the Department of Building Technology and at IDL, and research grants previously into the CSIR. Apart from academic work, he is also equally committed to socio-economic development, having served as District Chief Executive. He is currently the Chairman of the Board of Governors for Sekyedumasi Senior High School, Executive Director and Chairman of the Board of Directors of TIPA Memorial Education Foundation and Chairman of the Sekyedumasi Rural Bank Ltd.