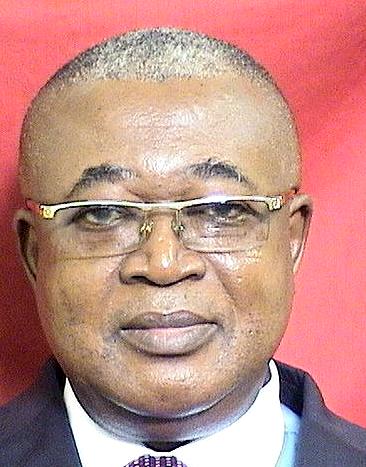 Professor Badu started his academic professional career at KNUST in 1984 as an Assistant Lecturer rising through the ranks to a Lecturer, Senior Lecturer, Associate Professor and finally a Full Professor in 2012. Over the past two decades of being a scholar and educator, Professor Badu has played many leadership roles within and outside the University between 1997 and 2016. Professor Badu was the Provost of the College of Art and Built Environment between, 2010-2016. Before accepting this the office as the Provost, Professor Badu was the Dean of the Institute of Distance Learning (IDL) between the period of September 2007 and September 2010, where his transformational and inspirational leadership brought many changes within the institutional set up of IDL. During the same period, he served as the Head of the Department of Construction Technology and Management between 2000 and 2002. After his tenure as the Head of Department, Professor Badu rose to become the Dean of the then Faculty of Environmentaland Development Studies (FEDS). Professor Badu returned to the headship position at the Centre for Distance and Continuing Education from 2006-2007, and latter appointed as the Dean of Institute of Distance Learning in 2007. Currently, Professor Badu is a retired contract Professor at the Department of Construction Technology and Management, KNUST and one of the representatives of Kumasi Traditional council on Kumasi Metropolitan Assembly.

By dint of hard work, commitment to duty and highly inspirational leadership skills, Nana was appointed as the Chair of CIOB Ghana Chapter. He was later, elected as a Member of Education, Qualification, Standards and Practice Board of the Chartered Institute of Building (CIOB) International. In 2008, he co-founded the Construction Industry Development Institute (CIDI-Ghana) and presides over the board as the Chairman. Through his astute leadership and intellectual curiosity, the International Journal of Project Planning and Finance was birthed and he plays a leading role as the Editor-in-Chief. Professor Badu serves on a number Editorial Boards and Scientific Review Committees of leading international peer-reviewed journals including; Journal of Ghana Institution of Surveyors (JGhIS).  He has served on a number of committees and boards at both national, regional, district and community levels, where he plays influential roles. He has also published over 100 scientific papers in leading journals, book chapters and conference proceedings, and has presented several papers at international conferences across the globe. Professor Badu holds prestigious fellowship awards in many world
class professional institutions, including:

Though, trained as a Quantity Surveyor, Professor Badu is versatile and multi-functional with specialization including; Capital Project Financing, Construction Management, Construction Economics, Project Management, Staff and Curriculum Development, Distance Education, and Distance Learning Materials Development. Prof. is a practicing Christian, baptized and confirmed in the Anglican Communion. He has been a Chief Server, Priest Warden and Member of the Building Committee in St Anne’s Anglican Church, Kumasi. Professor Badu is the National “Ekuo Agya’’ of the Guild of the Good Shepherd and Patron for many guilds and clubs in the Anglican
Church.

To him, nothing is so fulfilling in life than reaching down to people, serving them and inspiring them to their dreams. What he is working on now, is to make things more workable for people and granting people opportunities he never had. He is married to Annie, and has six (6) children.