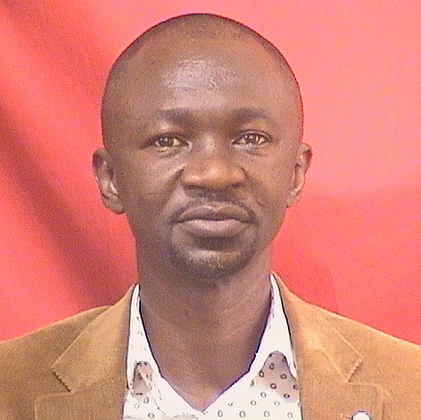 Christopher Antwi obtained B.SC. (Agriculture) from the Kwame Nkrumah University of Science and Technology (KNUST), Kumasi in 2003 and Ph.D. (Animal Science) from the same University in 2010.  During his PhD studies, he was appointed as a Graduate Assistant where he assisted in the delivery of courses in the Faculty. In August 2010, he was employed as a lecturer and promoted to the rank of Senior Lecturer in August 2015 and has served as the Vice Dean of the Faculty of Agriculture (2018-2019) and the Head of the Department of Animal Science, KNUST (2017-2019). After his appointment as a lecturer, he has worked towards improving his professional standing through Post-doctoral Fellowship programmes and capacity building workshops namely, Norman Borlaug (University of California, Davis, USA) and Livestock Emission and Abatement Research Network (Grassland Research Center, Palmerston North, New Zealand. Through these Fellowship programmes, he acquired skills in the measurement of greenhouse gas (GHG) emissions from animal agriculture using respiratory chamber, Sulphur hexafluoride (SF6) and GreenFeed system; mitigation strategies and adaption to climate change. Since these training programmes, he has received invitations to support the training of scientists in Southern & Eastern Africa in GHG emissions and mitigation and as a guest speaker in international conferences on animal agriculture and climate change. His research areas are Greenhouse gas mitigation and emissions from animal agriculture, animal adaptation to climate change, fodder conservation and feed improvement for enhanced productivity of ruminant livestock. He has served as a reviewer on both International and Local Scientific journals (British Journal of Animal Science, Elsevier Journal); and grant review panels. (Royal Society – African Academy of Science’s Future Leaders–African Independent Research, Climate Impact Research Capacity and Leadership Enhancement CIRCLE etc) and have over thirty publications to his credit.

Dr. Antwi has attracted several grants towards promotion of knowledge during his carrier. Notably among them are as follows: Consultant, AusAID - CORAF Crop-Livestock Project, GH? 23,330.00 to establish communal livestock grazing system.; Team leader - Livestock component of an AusAID Project on Crop-livestock Integration involving Ghana, Mali, The Gambia and Benin. Funding Agency: DFAT, Australia USD 1.2m - The project sought to develop and strengthen the crop –sheep and goats value chain in the sub-humid tropics of Ghana and Benin and semi-arid regions of Gambia and Mali, to increase agricultural productivity for poverty reduction and enhanced food security.;  KNUST-ENI Ghana Exploration and Production Limited’s Youth Capacity Building in Agriculture, Dormaa Ahenkro, Brong Ahafo Region, USD 2.64m - The project aims at building the production and post-harvest management capacities as well as the identification of businesses along the agricultural value chain for 800 youth in the Bono Region.; Team Leader, German- African Co-oporation Projects in Infectology; Coronavirus as a paradigm for the transmission interface between wildlife, livestock and humans, € 154,000 - The study was on an emerging zoonotic disease-causing organisms, coronaviruses (CoV) which are known to cause several mild respiratory diseases in livestock, wildlife and humans. It focused on the likelihood that livestock can be intermediary host for the transmission of COVs.; Consultant, Potential use of bamboo leaves as feed for livestock. Funding Agency: International Network for Bamboo and Rattan, € 6,866.07 - The study sought to undertake a feeding trial on sheep feed an unconventional bamboo leaves to establish its acceptability and applicability; Team Leader, Livestock feeding component of Skills Development Fund (SDF-COTVET) Project on Improving safety and profitability of indigenous processed dairy and meat products through skills training $311,000.00 - The grant was received to provide a platform for the training of milk producers and processors; and butchers and meat processors to produce safe and value-added dairy and meat products to urban and rural dwellers. Principal Investigator of a collaborative research involving Ghana, Nigeria and Uganda on “Unlocking the potential of Bambara groundnut towards food security and improved livelihoods”. Funding Agency: International Foundation for Science. USD 44, 000 - The project sought to strengthen and enhance the utilization of neglected crop “bambara groundnut” towards improving food security, nutrition and livelihoods of small holding farming communities.; Principal Investigator of collaborative research on “the effect of direct fed microbials on livestock production. Funding Agency:  BEST Environment Technologies Project, Canada CAD 77,262.