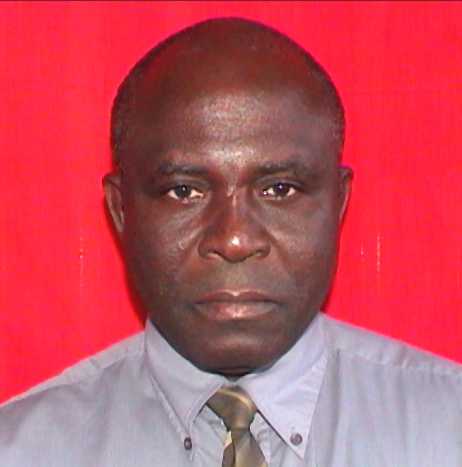 In recent times focus of research has shifted to synthesis of materials for application as catalysts and materials for water and wastewater treatment,...~more

Prof. Momade joined the KNUST in 1987 as a lecturer in the Department of Mineral Processing and Extractive Metallurgy of the Institute of Mining and Mineral Engineering. He has lectured various courses in extractive metallurgy and materials science and engineering at the undergraduate level and environmental assessment and management at the graduate level. As a young lecturer, he was given various responsibilities besides lecturing which among others included examinations officer, transport officer and the handling of sophisticated equipment such as Atomic Absorption Spectrophotometer (AAS) and the X-ray diffractometer (XRD) in the laboratory.

He was Head of Department of the Mineral Processing and Extractive Metallurgy/Materials Science and Engineering and Dean of the School of Mines, Kumasi, before appointment as the Foundation Provost of the College of Engineering. Professor Momade served on various Boards and Committees at the University, including Executive Committee, Academic Board, Scholarships Committee, Research and Conference Committee, Resources and Planning and resource Committee and Budget Committee, among others.  He is also a Hall Fellow of the Unity Hall. He was also a member the Governing Council of ANSTI and recently an international Jury Member/President of L’Oreal-UNESCO Regional Fellowship for Women in Science in Sub-Saharan Africa

Prof. Momade has as a scholar, been promoted from the position of Lecturer to a Senior Lecturer in 1994, Associate Professor in 2000 and Professor in 2010.  He has conducted research in many areas. On various occasions, he was a Visiting Scientist to TU Clausthal (Germany) to carry out research on topics of importance for the development of the mining sector in Ghana.  He has peer reviewed various papers for international journals of repute