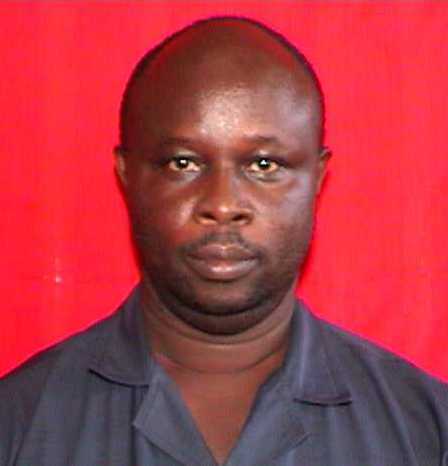 I was born on 7th July, 1957 in Nandom in the Upper West Region of Ghana. I attended Bu Primary School from 1963 to 1969 and Puffien Middle School from 1969 to 1972. I then attended Nandom Secondary School in Nandom where I obtained my O and A-levels Certificates in 1977 and 1979 respectively. I then proceeded to the then University of Science and Technology (UST), Kumasi, in 1979 where I pursued a 3-year BSc programme in Physics. I graduated in November, 1982 with a second class upper divison degree and was appointed as a Teaching Assistant on National Service in the Department of Physics for two (2) years. In 1984, I was appointed as an Assistant Lecturer in the Department of Physics.

In 1985, I gained a scholarship from the German Academic Exchange Service (DAAD) to pursue a masters degree in geophysics at the University of Frankfurt/Main in Germany. Before commencing my studies at the University of Frankfurt/Main, I took part in a six (6) month intensive German Language Training Course at the Goethe Institut in Mannheim, Germany from October 1985 to March, 1986. In April, 1986, I enrolled at the Institute of Meteorology and Geophysics of the University of Frankfurt/Main. My main field of study was geophysics, with geology, mineralogy and applied physics as the minor fields of study. The language of instruction was German. In July, 1982, I obtained my masters degree in geophysics, which is the German Diplom, i.e. Diplom-Geophysik, which may be compared to the MPhil degree.

I later obtained my PhD in 2004 as a joint project between KNUST and the University of Frankfurt, where I carried out a research that contributed to the confirmation of the Lake Bosumtwi crater in Ghana as a meteorite impact crater.

At the university level, I have held various managerial and administrative positions including Senior Tutor of University Hall, Katanga, from 2001 to 2005, Head of Department of Physics from 2005 to 2007 and later from 2009 to 2017, Coordinator of the Meteorology and Climate Science Programme from 2007 to 2009, Vice-Dean of the Faculty of Physical Sciences from 2009 to 2010, Vice-Dean of Faculty of Physical and Computational Sciences from 2015 to 2017. I have also served on a number of statutory and ad-hoc committees of the university including residence committee, faculty boards, college board, academic board, quality assurance among others.

At the national level, I have served as the President of the Ghana Science Association from 2009 to 2011 and I am also a Fellow of the Ghana Academy Arts and Sciences since 2014. I have been serving as a member of the Nandom District Assembly/Nandom Municipal Assembly as a Government Appointee from 2017 to date. I am also a member of the Governing Council of Accra Technical University as a Government Appointee since 2017.

I have also coordinated a number of international projects including the Lake Bosumtwi Project for Geophysical and Remote Sensing Investigations and on the Deep Drilling into the Crater; some EU-funded projects within the 7th Framework of the European Union such as the African Monsoon Multidisciplinary Analysis Project (AMMA), Quantifying Weather and Climate Imapcts (QWeCI) on Health in Developing Countries project, the Dynamics-aerosol-chemistry-cloud-interactions in West Africa (DACCIWA) project and the Global Challenge Research Fund (GCRF) African Science for Weather Information and Forecasting Techniques (African SWIFT) project.

In addition to the above, I have attended local, national and international conferences and workshops where in some cases, I presented papers on current research and trends in my field of specialisation and other related areas.

I have more than fifty (50) publications in international peer reveiwed journals to my credit.