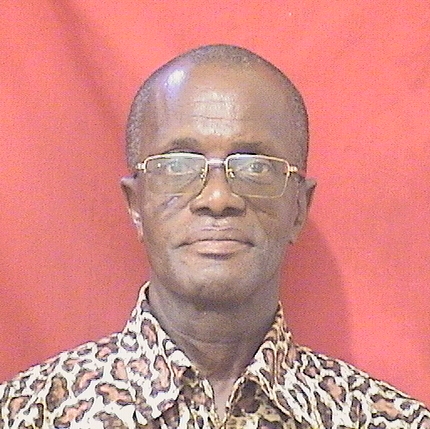 Professor Robert Kwame Nkum was born on March 13, 1954, at Agona Bobikuma in the Central Region. He attended the Bobikuma Methodist Primary School between 1961 and 1967 and the Bobikuma Local Authoriry Middle School between 1967 and 1969. He sat for and passed the Common Entrance Examination in 1969 and gained admission into the Government (now Ghana) Secondary Technical School (GSTS), Takoradi with a Cocoa Marketing Board Scholarship. He completed the General Certificate of Education (Ordinary Level) with Division 1 Distinction, in 1974. That same year, he was re-admitted into GSTS where he completed the GCE (Advanced Level) in 1976.

In 1976, Professor Robert Kwame Nkum gained admission into the then University of Science and Technology to pursue a four-year degree programme in Physics. He completed the BSc (Physics) programme in 1980 with a Second Class (Upper Division). He went on to complete the two-year MSc (Physics) programme at the University of Science and Technology in 1983. In September, 1986, he left the shores of Ghana to the Technion-Israel Institute of Technology, Haifa, to study for the Doctor of Science (DSc) degree as a Lady Davis Fellow. He completed the doctorate programme in August, 1989. During the doctorate research programme, Professor Nkum discovered and reported for the first time the observation of ferroelectricity in cadmium-zinc-telluride ternary system. Between November 1, 1990 and October 30, 1992, Professor Nkum worked with the Condensed Matter Physics group of the Department of Physics, McMaster University, Hamilton, Ontario, Canada, as a Postdoctoral Fellow. During that period, Professor Nkum investigated different properties of high temperature superconductors graphite fibres.

At the Kwame Nkrumah University of Science and Technology, Professor Nkum served as the Deputy Vice-Dean and Vice-Dean of the then Faculty of Science (now College of Science), Vice-Dean of the School of Graduate Studies, and Head of the Department of Computer Science. He was a member of the Executive of the University, a member of the Academic Board and the Foundation Dean of the Faculty of Physical Sciences. He was the Second Provost of the College of Science. He served as the Representative of the University on the West African Examination Council on the Ghana National Committee, Ghana Examinations Committee, and the International Examinations Committee.

Professor Nkum, during his Sabbatical Leave, served as the Rector of the then Cape Coast Polytechnic (now Cape Coast Technical University) from 2007 to 2010. He was a member of the National Accreditation Board while at Cape Coast.