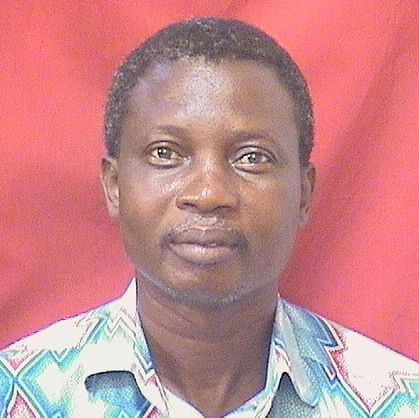 Small aircraft in the form of personal or remote controlled aircraft design could be approached in such a way as to derive optimum performance for any configuration that may be developed for given mission. In practice, the aerodynamic performance is estimated from the coefficients obtained due to the chosen wing profile. However, it can be envisioned that every section of the configuration could contribute to the aerodynamic forces.

The research aimed at developing a technique or method that takes into account the contribution of all sections of the configuration with the objective of improving the accuracy in the evaluation of aircraft performance.

The concept of the method is built on object oriented technique. Input parameters comprise of two kinds, namely, fixed and design parameters were considered. The output gives the geometry and performance characteristics of the aircraft. The performance is modelled as integral function over the surface and results in Lift and Drag forces.

A number of small waste collection trucks such as tricycles are in use in a number of developing countries. The use of such technology has been popular in Ghana. This research consider design of lift-tipping mechanism for small solid waste collection trucks being used by Zoomlion Ghana Limited. The lift-tipping mechanism is developed from a five bar mechanism with one degree of freedom. The mechanism is modelled and simulated using Solid Edge software as the first step. Results of the simulation show that a height of 70% of the length of the lifting bar could be attained and a tilt angle more than 40o could be achieved. The actuation of the mechanism could be achieved by employing power screw, hydraulic or pneumatic actuators, and rack and pinion combinations. This mechanism will improve the operation of the collection truck.

The system had since been built and tested in the laboratory. It is expected that a field test of the tricycle truck fitted with the lift-tipping mechanism be undertaken in due course.

‘Kente’ is a celebrated cloth in Ghana that is produced in narrow strips of between 5.0 cm and 15.0 cm. The art of weaving ‘kente’ started more than centuries ago and has since been hand woven. It is, as at now, produced with same traditional loom. The process is very laborious and time consuming taking about 14 day for simplest (single weave) 1.5 m by 2.4 m and 40 days for some specific designs with experienced weaver. The aim of this research is to develop a mechanized weaving machine that is expected to enhance the ‘kente’ weaving process and promote the industry. The process involves three motions that are orthogonal and periodic. The design makes use of three types of cam and follower configurations to control the heddle, beater and shuttle motions respectively. The simplicity of the machine would be such that it could be moved and operated within any convenient available space.

Plasma gasification is the process of converting matter/solid into gas in an oxygen-starved environment to decompose waste material into its basic molecular structure. Plasma gasification does not combust the waste as incinerators do. It converts the organic waste into a fuel gas that still contains all the chemical and heat energy from the waste. It converts the inorganic waste into an inert vitrified glass. The plasma reactor does not discriminate between types of waste. It can process any type of waste.

A potential solution to waste management is Plasma gasification, which is environmentally friendly and has the advantage of converting the solid waste into useful by-products. Also, the syngas produced could be used in energy generation.

Initial stage of the research was the assessment of the municipal solid waste generation in Ghana. Currently, a laboratory scale reactor is developed and will be tested for various parameters.