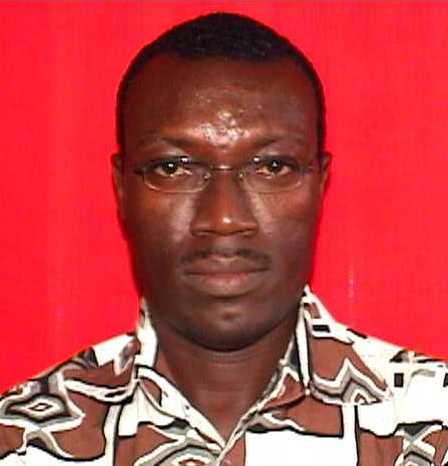 Emmanuel’s research interests include African Art and Culture, the African Condition, Colour & Design, Renaissance Art, Logic & imagination in Creativity, Art Reason & Virtue, Permaculture Design, Art and National Development. He is an Artist and a Senior Lecturer in the Department of Painting and Sculpture. He completed his PhD in African Art and Culture with focus on paint in Ghanaian traditional art, its evolution, application and meaning. The study saw the classification of eleven traditional paint media useful for appreciation of the place of paint and painting in Ghanaian traditional art.

Emmanuel Antwi gleans the art and culture of Africa and the West with its wisdom and philosophy for the reason and virtue that integrated and stabilized the post-classical to modern civilizations. He seeks to find how that could impact our postmodern perilous world. He does not only believe in using art to build and strengthen the worn fabric of societal desirable values that are deeply valued by all, he also believes that the artist in the individual, through creation of multidimensional realities can overpower bedevilling realities or even circumvent them entirely, given the shortness and tragedies of life.

Through Emmanuel Antwi's sensitive teaching skills, he has theoretically and practically groomed and seen to the graduation of several students on all levels in his department. He has held a number of solo and group exhibitions. Having works in both private and public collections. In 2005 over twenty works of his were exhibited at the newly built structure of the Oncology Department of the Komfo Anokye Teaching Hospital (KATH) Kumasi, was opened by the then President of Ghana, His Excellency John Agyekum Kuffour. Which collection remain on permanent display, being periodically maintained by the artist. In the same year, the management of SKYY FM of Takoradi assigned him to design an acoustic-aesthetic interior for their TV and radio studios. This breakthrough was inspired by His foam-rubber relief paintings that had been earlier explored during his MFA programme. Through his ingenious studio practice, the portrait of Nana Ama Dapaah Kuffour (mother of Ex-President John Agyekum and Addo Kuffour), originally painted by the artist Leroy Mtchell (Paa Kwame), which had terribly deteriorated over time, was excellently restored by Emmanuel Antwi. He was co-founder and chairman of the Ghana chapter of Art2Change from 2015 to 2018. A foundation that embarked upon intervention programmes in less endowed communities in support of the underprivileged. He is member of the University Teachers Association of Ghana (UTAG), Heterodox Academy as well as American Society for Aesthetics.

He has, and continues to serve his department well in various capacities. First as Industrial Attachment Coordinator, then as Examinations officer, later as Head of Section and currently as the Head of Department.