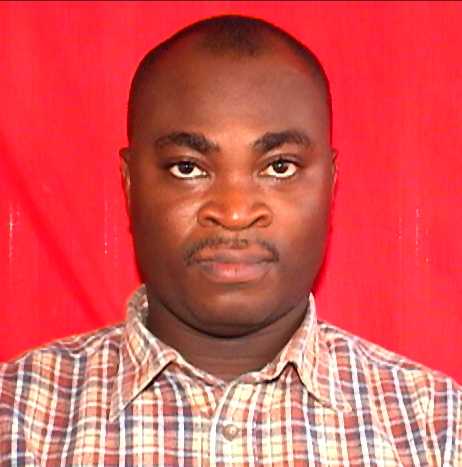 Prof. Alexander Yaw Debrah is a Professor of Parasitology and Global Health. He holds BSc (Hons) in Biological Sciences and MPhil in Clinical Microbiology from the Kwame Nkrumah University of Science and Technology (KNUST). He won German Academic Exchange Service (DAAD) (Sandwich) scholarship in 2003 to do a PhD in Medical Parasitology in Bonn University. He joined the Faculty of Allied Health Sciences at KNUST as a lecturer in 2007, where he teaches Medical Parasitology at the Medical School and the Faculty of Allied Health Sciences. He has held a number of positions at the KNUST, including Examination Officer (2007-2009), Head of Department of Medical Laboratory Technology (2009-2012) and the Dean of the Faculty of Allied Health Sciences (2014-date). His main research focus is on Neglected Tropical Diseases (NTDs) but his area of interest is in filariasis. The molecular basis of symbiosis between filarial worms and their Wolbachia endobacteria is one of the cornerstones of his research work, the second being the genetics of filariasis. In addition, he conducts research on other neglected tropical diseases such as schistosomiasis and intestinal helminthiasis.

During his research training he discovered that lymphedema or elephantiasis and hydrocele due to filariasis has genetic propensity and that it is caused by overproduction of vascular endothelial growth factors (VEGFs) and that doxycycline, a very cheap and affordable drugs on the Ghanaian market  could be used to treat elephantiasis. Due to this ground breaking discovery, his subsequent PhD students, Dr. Linda Batsa and Dr. Jubin Osei-Mensah continued the genetic studies and found more angiogenic molecules which are believed to be involved in the pathogenesis of lymphatic filariasis, and this has helped to explain the mechanism of action of doxycycline for elephantiasis treatment/management. Through this work, he has found a cure for elephantiasis and this was acknowledged by the Vice Chancellor of the KNUST during 2015 graduation ceremony. His research findings on elephantiasis and onchocerciasis have also attracted media attention from reputable local media such as JoyTV news (#ElephantiasisBreakthrough) and The Daily Graphic (Edition: Thursday December 12, 2019, page 23).

Currently his group led by him together with other collaborators from India, Sri Lanka, Mali, Cameroon and Tanzania are further evaluating the possible use of doxycycline for elephantiasis management and it is being funded by both German Ministry of Science and Education and USAID and monitored by Ghana Food and Drugs Authority.

He has received a number of awards including American Society of Tropical Medicine and Hygiene (ASTMH) Travel Award in 2007, a nomination by VW Foundation of Germany to attend a forum of Nobel laureates and young promising scientists in Lindau, Germany in 2010 (first Ghanaian to be nominated to meet with Nobel Laureates due to his research findings), the prestigious bi-annual main prize of the German Paul-Ehrlich-Society for anti-infective therapy (“PEG”) in 2013 and the German “Momento Research” Prize of 2015. He has also won both Junior (2008-2011) and Senior (2012-2015) fellowships of European Foundation Initiative on Neglected Tropical Diseases (EFINTD). He has held a number of international positions including being a member and co-Chair of the planning committee of Interscience Conference on Antimicrobial Agents and Chemotherapy (ICAAC) of the American Society of Microbiology from 2014-2016. He was the first African to hold this position since the formation of ICAAC six decades ago. He has also been appointed as a member of the Scientific Review Committee of the European and Developing Countries Clinical Trial Partnership (EDCTP) grant applications.

He has led many basic science research and complex international clinical trials in Ghana involving anti-wolbachial drugs in a quest to find a short regimen to kill adult worms of both Wuchereria bancrofti and O. volvulus. He  has treated more than 2500 patients with anti-wolbachial drugs sponsored by renowned funders like Bill and Melinda Gates Foundation, European Commission, VW Foundation of Germany, etc. Currently he is co-principal investigator of a multi-country study investigating the benefit of antibiotic regimen for treatment of elephantiasis due to filarial and non-filarial origins which when proven successful will potentially change policy in the care of elephantiasis patient. He has organized several International seminars, Workshops and Summer Schools at KCCR for postgraduate students working on filariasis and other NTDs, and these meetings were attended by participants from Germany, UK, Australia, Ghana, Cameroon, Tanzania and other African countries. He has also received The European & Developing Countries Clinical Trials Partnership (EDCTP) Senior Fellowship grant of 500,000 Euros (2020-2024) for clinical research to accelerate the development of new or improved drugs for onchocerciasis and lymphatic filariasis.

His career has gathered momentum and grown from strength to strength. He started as a PhD student, became a group leader and now an Associate Professor of Parasitology and Global Health within the shortest possible time. He has held a number of positions at KNUST including being the Head of Department for many years and the Dean of Faculty for 5 years. Since he became a group leader about 10 years ago he has won many different grants to the tune of 8.8 million euros from different funders.

In 2017 alone, he was granted 2.8 million Euros from the German Ministry of Science and Education in the “Research networks for health innovation in Sub-Saharan Africa” (http://www.bmbf.de/de/15337.php) and another 307,000 Euros from German Research Foundation (DFG). As part of the capacity development of the grant, he is establishing a Phase 1-4 study centre called F-Cure. At its inception, it will be used for projects developing anti-wolbachial therapy, but will be promoted for other NTDS. Through this award his group is training a number of PhD and Master’s students as well as health personnel on how to conduct clinical trial in a GCP-compliance. He has developed new collaborative links in Germany, USA, India, Sri Lanka, Tanzania, and Cameroon. He has also developed a strong link with Drugs for Neglected Disease Initiatives (DNDi) to the extent that the documentaries on lymphatic filariasis and onchocerciasis on their website is from my site.

He has been building his research group at the KNUST. He has supervised more than 20 underground projects, 25 Master’s thesis and 3 PhD graduates. His research group currently comprises 2-Postdoc scientists, 6-PhD students (year 1-3), 3-Masters level research assistants, 7 Master students (year 1-2), a trial clinician with Master’s and a trial pharmacist. He is also training a number of health workers on lymphedema/elephantiasis management. He is responsible for their research activities, development and training and leverage support for salaries and training.

Through his research work, now there is a cure for onchocerciasis (river blindness) and lymphatic filariasis. This was acknowledged  by the Vice Chancellor of the KNUST in the 2015 Graduation ceremony and broadcasted by many radio stations.

He has over 90 peer reviewed publications in high impact factor journals as such as PLoS Pathogen, Journal of Clinical Infectious Diseases and others.