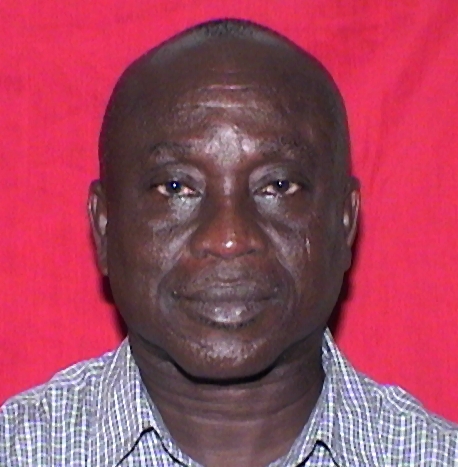 Dr.  Kwasi Ohene-Yankyera    is a Senior Lecturer and is currently engaged in teaching and research, as well as supervising both graduate and undergraduate students at the Kwame Nkrumah University of Science and Technology in Ghana.  He has a number of both primary and secondary publications/articles/reports to his credit. He has had relevant experience in research at both the domestic and international level.  He was, for five years, the socio-economist for the IDRC-sponsored Agro forestry Project at the Forest Products Research Institute (now Forestry Research Institute of Ghana) in Ghana, as well as a consultant for the World Bank/IBRD Land Tenure and Agricultural Productivity in sub-Saharan Africa Survey (1987-1988).  He participated in the Reseau-Netherlands Project on Farmers’ Strategies for the Attainment of Food Security in Central and West Africa (1992).  He has served as a resource person for the Ricerca e Cooperazione (Italian NGO) in training small farmers in farm management, farm records-keeping and accounting (1991), and for the Root and Tuber Improvement Programme of the Agriculture Ministry in Ghana in organising training workshop on Socio-economics for Biological Scientists and Impact Assessment of Small-farmer Technologies (2003).  Between 1996-2000 enrolled for a PhD programme at the University of Reading, UK and completed a major research of farming systems in West Mamprusi and West Gonja districts in northern Ghana for which the University of Reading, UK awarded him a PhD degree.  At the international level, he was a Research Associate at the World Bank-assisted Agricultural Development Projects for the Federal Department of Agriculture and Rural Development in Nigeria (1983-1987).  He was part of a multinational research team that explored Farmers’ Adoption of Soil Conservation Strategies with other scientists from Burkina Faso, Benin and Togo and funded by the African Economic Research Consortium (AERC) in Nairobi, Kenya. In 2004, he undertook a course at the International Centre for Development-oriented Research in Agriculture (ICRA) in the Netherlands and was awarded a Diploma in Interdisciplinary Research for Natural Resource Management.

He has undertaken a major baseline survey for the Root and Tuber Improvement Programme (RTIP) of the Ministry of Food and Agriculture (MOFA) and has collaborated with the International Institute of Tropical Agriculture for studies on urban yam consumption patterns in Ghana, for which his research student was awarded a PhD degree.  More recently he has been part of a team contracted by the International Institute of Tropical Agriculture to carry out studies on yam production and marketing in Ghana.  He was also on a team carrying out baseline surveys of farming households in northern Ghana for the N2 Africa Project, a Bill and Melinda Gates sponsored Project aimed at improving soil nitrogen in Africa. He has been the Co-ordinator for the DANIDA funded research on Enhancing the Performance and Growth Potential of Street Food Vending for Accelerated Socio-Economic Development in Ghana, (2012-2016).  Part of the Project required developing Training Materials for training street food vendors in hygienic practices and in small business management.  He has also been a consultant to the Ministry of Environment, Science, Technology and Innovation for the Mid-Term Review of the Sustainable Land and Water Management Project (SLWMP), an initiative of the Ghana Government/Global Environmental Facility.  He has also consulted for the Council for Vocational and Technical Education in the training of processors in the Milk Value Chain and is a contributor to the “Training Manual on Smallholder Milk Production and Processing”, sponsored by COTVET through its Skills Development Fund.  He is currently the Ghana Leader for the Overseas Development Association (ODA-United Kingdom)- sponsored study titled "Food Security Impacts of Industrial Crops Expansion in sub-Saharan Africa (2015-Present) that aims to explore the impacts of growing of industrial crops by African small holder farmers on their food and nutrition security.