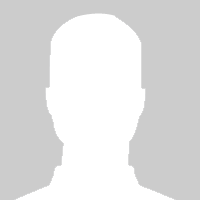 I am currently investigating the contemporary commercial application of indigenous West African textiles.  My studio practice encompasses a broad...~more

Richard Acquaye is an associate professor at the Department of Textile Design and Technology, Takoradi Technical University. His research and practice encompass a broader set of unorthodox ‘collaborations’ with technology, new material and colour resources to generate working designs and forms. He is a part-time lecturer at the Department of Industrial Art, Kwame Nkrumah University of Science and Technology, Kumasi. He is a fellow and chartered member of the Textile Institute, Manchester - UK.

Professor Richard Acquaye had his elementary education at St Luke’s Anglican Primary School, Kwashieman – Accra, then from there to Accra Academy for his secondary education. He gained admission at the Kwame Nkrumah University of Science and Technology, Kumasi for his first degree in Bachelor of Art – Textiles. After a year of mandatory national service after the first degree, he went back to the same institution for his Master of Art Education degree. In 2013, he gained admission at the University of Southampton – United Kingdom for his PhD in Design. Apart from these, Professor Acquaye also has a Diploma in Product Design and Manufacture and certificates in Colour and Colour Properties; Dyeing and Dyestuffs; Mechanical Finishing and, Computer-Aided Designs from some world-renowned textile education providers.

In September 2005, Professor Richard Acquaye was employed as a lecturer at the Department of Textile Design and Technology, Takoradi Technical University. Between, November 2008 to August 2010 he was appointed as head of department for the Department of Textile Design and Technology where he performed creditably well in uplifting the department both internally and externally. In December 2010, he was awarded best lecturer of Takoradi Technical University and was promoted to the rank of Senior Lecturer in January 2012 and then Associate Professor in March 2019. Professor Acquaye has worked on several statutory and ad-hoc committees in the University. In August 2019 he was appointed as the Dean of Faculty of Applied Arts and Technology where heinitiated and contributed towards a number of progressive projects in the Faculty. He is currently the Dean of School of Graduate Studies with an ambitious agenda for the future.

He is an editor for the Textile and Fashion Review and a reviewer for the Sage Textile Research Journal and Journal of Textile Science and Technology.

His textile design works have been exhibited internationally, including a joint exhibition ‘Image-Text-Object: Practices of Research’ at Level 4 Gallery, Hartley Library, Southampton in 2014 and a solo exhibition at the Winchester Gallery, Winchester-UK dubbed ‘Cultural Conversations’ in January 2018. He won a Doctoral College Grant in May 2017, for a live project – ‘Colour Retro Project’, at PGR Study Space, Winchester School of Art, University of Southampton, Southampton, United Kingdom.

Professor Acquaye is the national President of Institute of Textiles and Fashion Professionals – Ghana and a Senior Member of the American Association Textile Chemist and Colourist, Raleigh – USA. He is also a member in good standing of the following professional bodies: The Textile Institute, Manchester – UK; Society for Dyers and Colourist, London – UK; Arts Council of the African Studies Association, USA; Art POWA Network, South Africa and; West African Research Association, Boston - USA. Professor Acquaye has had a range of requisite training, exposure and experiences both locally and internationally that put him in a good position for a great career as an academic.