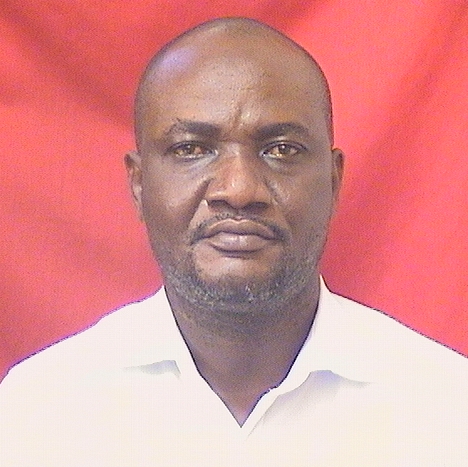 Mohammed Kwaku Baidoo is a lecturer in Metal Product Design Section of Industrial Art, Faculty of Art within the College of Art and Built Environment, Kwame Nkrumah University of Science and Technology. Born on the 15th day of August 1975 in Dodowa in the Greater Accra Region but comes from Ajumako-Mando in the Central Region of Ghana.  He obtained his basic education from Akroso Local Authority (L/A) Primary and Junior Secondary   School from 1983 to 1991 and that of his secondary education at Akroso Senior Secondary School from 1991 to 1994 of which he graduated with a Senior Secondary School Certificate Examination (SSSCE).

He continued with his education at the Kwame Nkrumah University of Science and Technology in 1996 and graduated in 2001 with Bachelor of Art, Second Class Honours (upper-division) in the area of Metal Products Design. In 2010, he enrolled into a post-graduate programme in the Department of Industrial Art, KNUST, to peruse a Master of Fine Art Degree in Jewellery and Metalsmithing programme and completed in 2013. Mohammed Kwaku Baidoo enrolled on a PhD in Art Education programme at the Department of Educational Innovations in Science and Technology in 2015 and successfully completed the programme in 2018.

In 2000–2001, he undertook one year mandatory National Service Klo-Agogo Senior Secondary School in the Yilo-Krobo district. He was employed as assistant lecturer at Assistant Lecturer at the College of Jewellery between 2001 and 2004. In 2005 he was promoted to the position of a lecturer in the college. Whiles at the college of Jewellery Mohammed said on a number of positions. These include Member, Management Team of College of Jewellery (2002-2006), Production Manager, COJ Jewellery Limited, GICEL (2005-2006), Assistant Head of Academics Responsible for Student Affairs and Research (2004-2006).

Between 2006 and 2014 Mohammed went into private business as a practicing jeweller. Mohammed Kwaku Baidoo was appointed by AsanSka College of Design and Technology (ACDT), Accra from 2016 to 2018 as a lecturer.  At ACDT he served on a number of positions, including acting Head of Department, A member of the Governing Council of the school representing academic staff and Exams Officer.