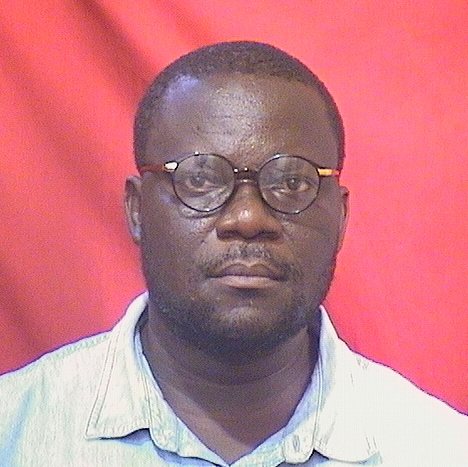 Samuel Nortey (b. 1978) is an Associate Professor, a Contemporary Artist, an African Art Historian, Art Educationist and a Church Choirmaster/Organist. Nortey addresses himself as a three-dimensional thinker which equips him to visualize a path to pursuing his own practice as well as effective teaching and building an institution of administration. Nortey is currently the Hall Master of Independence Hall, KNUST. With a Bachelor’s degree in Ceramics and PhD in African Art and Culture, Nortey has had quite a sterling performance and achievement. Nortey was trained by K.K Broni, James Kwame Amoah and Kofi Asante who are acclaimed ceramic artists.

As a ceramic artist, much of Nortey’s creative research is creating sculptural work, planning installation and exhibitions and contributing his research to workshops and lectures in regional, national and international organizations. The recent one was in 2022 at the School of Art in the J. William Fulbright Building, University of Arkansas. The source of inspiration for Nortey’s practice has been the examination of historical examples of art, history, and the current socio-cultural agenda within his immediate environment. In his installations, Nortey always depict issues bothering on the society to open up a dialogue among viewers. He draws inspirations from Asante and Benin terracotta figures as well as ancestral figure parts in African art and recontextualizes these forms to bring into focus social issues that need attention. In this way, his works are boldly original in subject matter, conceptually driven, and contextually investigated. Nortey primarily uses clay and occasionally fuses it with other media. Nortey has been involved in several local and international exhibitions. The recent exhibition was captured by National Council of Education for the Ceramic Arts (NCECA).

In addition to studio practice, Nortey has been involved in several ongoing research that has led to several publications in the field of ceramic art and African art history. With a PhD in African Art and Culture coupled with research partners such as Professor karikacha seidou, Professor Edwin Bodjawah, Professor Samuel Nortey has written extensively on contemporary African art and education and significant publications in Ceramic Art and Technology. Samuel Nortey’s research has been very beneficial to society as he works towards developing the skills and design thinking capabilities of potters, formulation of glazes that is accessible to these local potters, looking and providing technical solutions to the ceramic industry and dissecting and interrogating the role of African art, their bricolage and masking systems on different art movements. He has been involved in several trainings at Ghanaian Pottery centres especially at Afari and Mfensi.

To this end, Professor Nortey has had over thirty reviewed publications record of a practicing artist, which is substantial not only in national, but also international reviewed journals such as Education through Art (IJETA), Studies in Visual Communication, Design Research, African Art, Studio Potter, NCECA Journal, among others. He has been involved in several international and local exhibitions.