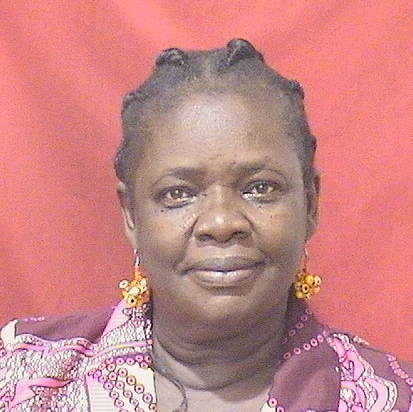 Prof. Mrs. Esi Awuah had her BSc in Biological Sciences from KNUST, her Masters in Environmental Science at SUNY ESF Syracuse in the USA and her PhD in Wastewater treatment at Wageningen University /UNESCO-IHE Delft Netherlands.

She was employed as a lecturer in 1986 and rose to become a full professor in 2014. She has held several leadership positions notably among them are: Heads of Departments of Environment and Technology, and Civil Engineering and Dean of the Former Faculty of Civil and Geomatic Engineering all at KNUST. She has served and continue to serve on some such several boards, eg African Institute of Mathematical Sciences, Organization of Women in Science for the Developing World,  Africa Sanitation Think Tank, Zoomlion Ghana Ltd , Water Aid Ghana etc.

She has led other important research projects as the Wellcome Trust  SNOWS Project on Environmental Health and Sanitation involving 9 institutions in Europe and Africa, The Co-ordinator in Ghana for the EU Project on sustainable cities  (SWITCH) involving eight institutions in Asia, Africa, Latin America and Europe.

She has collaborated with colleagues at home and abroad and won numerous grants in millions of dollars for research in energy, environment, water and sanitation.

She has supervised over 200 undergraduates and 40 post graduates at the masters including over 10 PhD Students. She has over 100 publications in refereed journals, conference papers environmental reports and book chapters etc.

She has received numerous awards such as Best EU Research project in Water, Environment and sanitation in 2012 , One of the Best Scientific journal article by Elsevier 2006, Ghana Brass Award of Women in Excellence Award by The Ministry of Gender and Social Services 2015, UNESCO Mondialogo best innovation research in Engineering 2007, Best National Research Scientist (Silver) for Water, Environment and Sanitation, 2011, Honorary Fellow of the Ghana Institution of Engineers, 2014, Fellow of the African Academy of Sciences, 2015, Suman man Golden star of Adinkra  for education in 2016,  National Students Award as Ambassador of Education 2016 and Ghana’s Presidential Award for Officer of the Order of Volta for her contribution in Engineering, Environment and Sanitation Education in Ghana in 2016  .

She was made the Foundation Vice-Chancellor for the University of Energy and Natural Resources in 2012 and by the end of her term of office in 2016, she had had the following achievements: Development of 20 programs, student population increased from 154 to >2600. Staff and students under her administration also developed, an optimized algorithm to process data 1000X faster than the ordinary computer, and the development of a super computer, development of ecodrones, several energy devices eg, generators without fuel or solar energy such as APloGo, e-turbine, energy from power banks from used telephone chargers, construction of Antennae that receives information from 12 satellites in space for Fire monitoring and weather forecasting in the West African sub region. The only University in Africa with such facility. Together with staff they won a grant to provide solar street lights and household solar energy systems for rural communities which were not on the national grid.