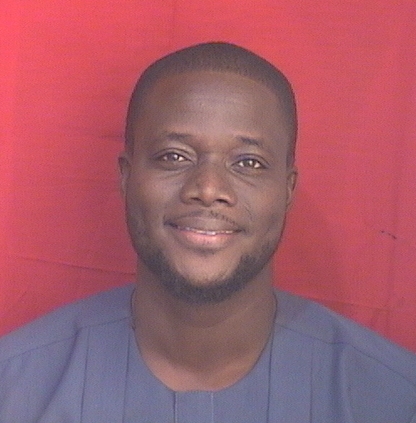 Samuel Baah Kissi joined KNUST in October 2013 and he is currently with the Department of Industrial Art as a lecturer. He was born in 1985 at Nkawkaw in the Eastern Region of Ghana. He attended Mpraeso Senior High School, where he obtained Government of Ghana best student scholarship for his excellent academic performance. He was later admitted to study Industrial Art (Metals) in the Department of Industrial Art, Kwame Nkrumah University of Science and Technology. He further enrolled in the Master of Fine Art (Jewellery and Metalsmithing) programme during which he investigated beeswax and mould material composition for traditional lost wax casting.  His interest in metal casting coupled with Gemmology and his desire to solve challenging needs compelled him to research local Materials that can be used as gem simulants in traditional lost-wax casting when he pursued Doctor of Philosophy in African Art and Culture.

He has served as a Teaching Assistant in the Department of Industrial Art, KNUST, taught Visual Art at Akrofum Senior High and Technical School and worked at Barclays Bank Ghana (Absa Ghana). He has produced metal artefacts for individuals, institutions and organisations such as St. Anne’s Anglican Church, Kumasi. Some of his student pieces form part of the exhibition collection of the Department of Industrial Art, KNUST.  He is also a practising artist in metals under the pseudonym Kisbone de Blacksmith. His drive for fine cast works has led him to develop a new core composition for traditional lost wax casting, which he uses for all his lost-wax cast objects.

Mr Samuel Baah Kissi (PhD) develops his ideas and takes inspiration from the natural and man-made environments to which and through which we as humanity, are all related. Snail shells, tree bark, traditional symbols as well as geometric forms all become ephemeral points of departure for the exploration of a final destination that is only realised through the fiery coaxing of molten brass into an aesthetically pre-destined space, shaped and conceived by the artist’s imagination. This artistic journey is fuelled by the social and cultural issues of the day which like threads are woven through the fabric of the artist’s works. His pieces can therefore serve as archives reflecting the cultural issues of the community and his personal perception of these issues. Cast brass objects by the artist are produced with minimum post-cast finishing so as to retain the original surface condition through the judicious use of patination. The artist’s signature usage of fine wax threads for hollow castings, and wax carving/ piercing for solid artefacts, as well as his reliance on in-house beeswax formulation and mould material composition, make his pieces a veritable collection of handcrafted artefacts.

His pieces remind us of our common humanity in terms of the important things of life.