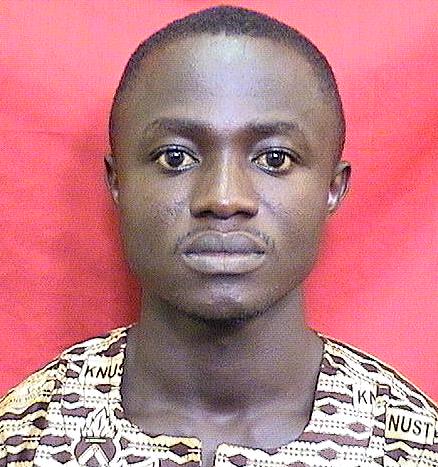 Mr. Barnabas Abrokwaa is a Staff of KNUST. He was employed in May, 27th 2009. As a Junior Library Assistant GD III, After four years of active service he was promoted to Junior Library Assistant GD II. at  Prempeh II Library. In 2015 after he has served for six good years he was granted a study leave to study HND Computer Science at Kumasi Technical University and completed successfully in May 2018. He Resumed work from his study leave in May 14th, 2018. and reported at the Pempeh II Library. After a few weeks working at the Prempeh II Library from his study leave, he was transfered to College of Science Library in June 2018.

Per the little Knowlege aquired in IT he has been supporting the College Librarian in Infromation Retrieval and Research Traing skills which the College Librarain has been organizing for both Undergraduate, Master Students and PhD students including Stuff of the University community.

After Completing HND Computer Science in 2018 he continued his Top Up program in BSC. Information Technology at IDL, KNUST.

He was assigned by the College Librarian to cordinate all the service personnel who yearly come to do thier service with the College Library and to supervice their work at the Learning Commons and GRASAG Research commons which is all uder the College of Science Library.

Mr. Barnabas Abrokwaa is Married to Afua Aboraa-Takyiwaa with yet to be blessed children.