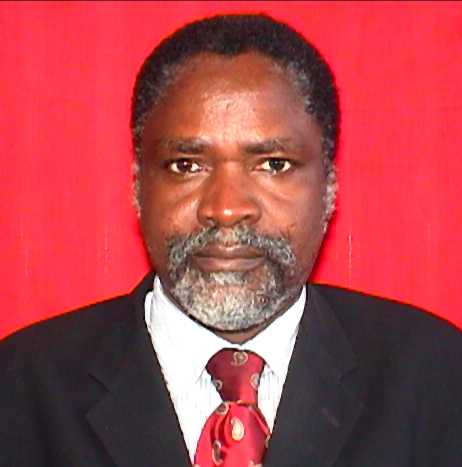 In 1968 he gained admission to Agona-Ashanti Seventh-day Adventist (SDA) Teacher Training College where he completed and awarded a Teachers’ Certificate “A” (Post-Primary) in July 1972. In 1972, Prof. Buor passed the General Certificate of Education (GCE) Ordinary Level Examination and also the GCE Advanced Level Examination in 1977 through self-tuition. In 1978-79, he was admitted to read Bachelor of Arts (BA) Honours degree in Geography with Political Science at the University of Ghana, Legon. In 1985, after a few years of teaching in a secondary school, he went to pursue a Masters’ (MPhil.) degree in Geography and Resource Development (specializing in Population Geography/Medical Demography emphasis) at the University of Ghana, graduating in October, 1988.

He was employed as a Temporary Lecturer at the Kwame Nkrumah University of Science and Technology (KNUST) in 1989 and confirmed as Lecturer in 1990 in the Department of General and African Studies (Geography Section). In 1994, he was promoted Senior Lecturer in the Department of General and African Studies and, in 1996, admitted to the University of Ghana, Legon to read PhD in Geography and Resource Development with specialization in Medical Geography/Geography of Health and Disease. Between August and December 1997, he was offered the opportunity to travel to Norwegian University of Science and Technology (NTNU) to write the theory and literature chapters of his PhD Thesis by the Norway-Ghana collaboration in Geography.  Whilst there, he undertook two courses: Geography and Health (GEO63) and Health and Development (HLS304), wrote the relevant examinations and passed. In 1997, he won the Council for the Development of Social Science Research in Africa (CODESRIA) grant for PhD Thesis Production. In 2001, he was awarded a PhD Degree in Geography and Resource Development by the University of Ghana, Legon. In 2001 he was promoted Associate Professor and to Full Professor in 2006.

In 2001, he was awarded a Fellowship by the Netherlands Foundation for Advancement of Tropical Research (WOTRO), being among three selected from over 250 applicants in Africa to pursue a doctoral programme at Maastricht University, The Netherlands, on sandwich basis. In June 2004 he was awarded a PhD degree in Health Care Studies by Maastricht University.

Professor Buor’s areas of research are Access and Use of Health services; Economy and Health, Health and Development, Environment and Health, Mining and Environment, Spatial Perspectives of Maternal and Child Health and Urban Waste Management, among others. He has published extensively in these areas. Some of the journals he has published in are Health and Place (published by Social Science and Medicine), Health Policy, International Journal of Health Planning and Management, An International Journal on Human Geography and Environmental Sciences (GeoJournal), Journal of AIDS and HIV Research, Journal of Waste Management and Disposal, Global Journal of Human-Social Sciences B: Geography, Geo-Sciences, Environmental Science and Disaster Management, among others. He is a reviewer for over twenty international journals including, Social Science and Medicine, Health Policy and Planning, BMC Public Health and Environment, Development and Sustainability. Besides, he has published over 200 non-refereed papers on social, economic and political issues In April 2011, BioMedLib/Medline adjudged his publication, “Gender and utilisation of health services in Ashanti region, Ghana, Health Policy: 2004 Sept; 69 (3)375-88” as among the Top 10 to be published in that domain worldwide (Verification from “custserv@bmlsearch.com”). He has presented over 70 papers in local and international conferences as well as keynote addresses at distinguished fora. Notable among these was the international conference on sustainable African Cities cited below:

In 2008 he won the Gold Award of the Ghana Academy of Arts and Sciences (GAAS) in public health specialty and, in October 2013 admitted into the Fellowship of the GAAS. Professor Buor belongs to several local and international professional associations including Ghana Geographical Association, American Association of Geographers, and Population Association of America. He is an external examiner for several universities in Ghana and also serves as Chair of Accreditation Panels to review programmes of institutions for the National Accreditation Board (NAB). He was Head of Department of Geography and Rural Development from 2002 to 2004 the period of which he was Vice Dean of Faculty of Social Sciences; foundation Provost of College of Art and Social Sciences (2004-2010), all of KNUST and Vice Chancellor of Valley View University from 2010 to 2015. He has served as resource person for the National Council on Women and Development (NCWD), Planned Parenthood Association of Ghana (PPAG) and served on several Boards. He is an Elder of the Seventh-day Adventist (SDA) Church and married with five children, 4 men and a woman, and two grandchildren.