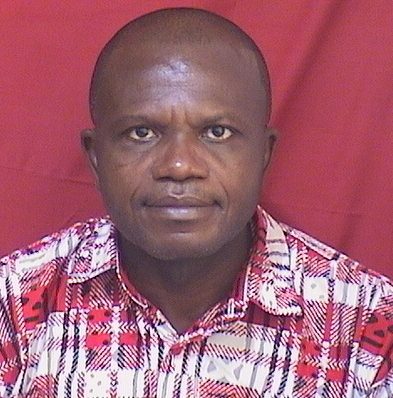 Professor Wilberforce Owusu Ansah is an accomplished researcher, lecturer, trainer and consultant in Entrepreneurship  and Small Business Management, Public Policy, Public Health, and Immigrant Entrepreneurship. He has worked in private, public and not-for-profit organizations and academic institutions throughout the world including Norway, The Netherlands, Ireland and his native Ghana in many and varied capacities. He is a former Head of Department of the Marketing and Corporate Strategy Department and also a former Vice Dean of the KNUST School of Business.

Prof. Owusu Ansah was a Training Development Officer with Integrating Ireland where he has designed and delivered a pilot innovative organizational development and capacity building and mentorship programme for Ethnic-led organizations in Ireland. Until recently, he was a Country Researcher (Ireland) to an EU project involving 31 European countries called BEPEE: Best Practices in the Promotion of Ethnic Minority Entrepreneurs in Europe (commissioned by the European Union (EU) and coordinated by the University of Amsterdam and Tridios FACET). He previously worked for the County Enterprise Boards as an Enterprise Development and Training Officer on the EMERGE project where he offered pioneering innovative enterprise development training programmes for ethnic minorities at pre-enterprise, start-ups and growth stages as well as mentoring to immigrants from new EU accession countries as well as third-country nationals in Ireland.

He is a former Post-Doctoral Research Fellow and was a lecturer in entrepreneurship at the Technological University Dublin (TUD)  (formerly Dublin Institute of Technology) and a consultant to Small and Medium Enterprises (SMEs). At TUD, he was responsible for the design and teaching of many of its entrepreneurship programmes. He has also researched, presented and published widely on this topic (entrepreneurship), and social sciences and public health. Additionally, he is a mentor and private consultant to ethnic minority businesses. Through this integration of theory and practice, he has been able to bring cutting-edge research to small firms, as well as real business experiences to his students who include line-managers from the private and public sectors. He previously lectured at the University of Limerick. He holds a Doctor of Philosophy in Entrepreneurship from the University of Limerick as well as possessing many academic qualifications from the University of Tromsø (Norway), the Umeà University (Sweden) and the University of Ghana (Ghana). Wilberforce holds two Bachelor Degrees in Political Science and Sociology with Psychology as well as a Masters’ Degree in Public Policy and Administration. He also holds a Post-Graduate Certificate in Public Health. In 2001, Wilberforce and Professor Patricia Fleming of the University of Limerick were jointly awarded the prestigious FGF Best Academic Award in Entrepreneurship at the Internationalizing Entrepreneurship Education and Training Conference held in South Africa.  Prof. Owusu-Ansah is also the recipient of SMEGA'16 Best Small and Medium Enterprises (SME) Researcher Award. He is also a member of the judging panel of the Permanent TSB Ethnic Entrepreneur of year Award scheme in Ireland.