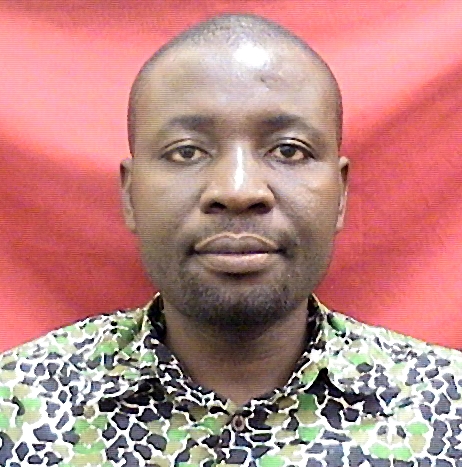 I was born in Kpando-Fesi traditional area in the Volta Region of Ghana. The genesis of my education was at Kpando-Fesi Nursery School where I had my preschool education. Then proceeded to Tema where I began my primary school education in Aggrey Road no.1 primary school in 1987 and then Aggrey Road No. 1 JHS for Junior High School Education in 1993. I further joined Berekum Senior High School in 1996 where I took my WASSCE with the 1999 graduating class. I gained admission to the Kwame Nkrumah University of Science and Technology, Kumasi in 2001 to peruse a Bachelor of Art programme in Integrated Rural Art and Industry. I completed this programme successfully with a First Class Honours Degree in 2005. I was taken on as National Service Personnel by the Department of Integrated Rural Art and Industry in the 2005/2006 service year as a teaching assistant to assist in the instructional delivery of Traditional Clay and Earthenware Technology.

After, I was then offered an opportunity to pursue an accelerated programme: a combined Mphil and PhD in the then Department Art Education (now Department of Educational Innovations in Science and Technology) in 2006/2007 academic year. During this period I researched in Creative Integration of Metals into Wood Art Forms. However, during the same period I was also appointed to the Department of Integrated Rural Art and Industry as a graduate assistant. In this position, I doubled as a teaching assistant and a technician in metal production and fabrication. Furthermore, I additionally got tasked to teach product design: under which I taught concept based design and computer aided design in CorelDraw and Rhinoceros software from level 200 to 400.

I obtained my PhD in the capacity of a wood metal integration in 2010. I got married in 2011 and then got appointed as a staff of Kwame Nkrumah University of Science and Technology, Kumasi in 2012 in the Department of Integrated Rural Art and Industry. I have ever since served my Department in different capacities as a lecturer in different courses under integrated metal production and fabrication and also research methodology. Coupled with this job description are other secondary responsibilities both internal and external. In terms of contribution the my Alma Mata: I have served on various committees in and outside my department in both academic and non-academic capacities. besides I have also make contributions in line with my areas of expertise: I made the KSB 10th Anniversary Awards, 2016; KNUST Departmental Ranking Award Plaques 2008/2009 Academic Year; KNUST Sports Awards 2009 and 2010; The “chair back carvings” of the ceremonial chairs of the KNUST Vice Chancellor, the Chancellor and the Chairman of the University Council; The carving of the KNUST MACE; The carving of the KNUST SRC staff including others.

I have also made national contributions in areas such as making Ghana proud in the Common Facility Center (CFC), Mandi Samiti Road, Shaharanpur, Uttar Pradesh, India, April, 2014 during an exchange programme that made a lot of headlines in the national newspapers of India. Others include: Refurbishment of the Ghana Seats of State and parliamentary furniture; Commission on Human Rights and Administrative Justice (CHRAJ) National Awards, 2010; the stool presented to the Queen of England by his Excellency Former President of Ghana (John Agyekum Kuffour) during Ghana’s 50th anniversary, 2007 among others. some of my most recent but significant works include: 62nd Asantehene Open Golf Championship Trophies and plaques, 2019: Royal Golf Club Running Trophies, 2019; Glass Cage for the Royal Golf Club RUNNING TROPHIES, 2019, SPONSORS AWARD (ROYAL GOLF CLUB), 2019; and THE Beauty Queen Seat for the Ghana Most Beautiful (GMB)Contest, 2019.

As part life as an art and design practitioner, I have mentored and trained students who now teach in other institutions and others who have set up their own businesses based on techniques I have taught them. I have also as a team member, trained practitioners in the art industry through workshops such as: Information and Technology Transfer Workshop (India Wood Craft). Aburi Industrial Centre, 19th May, 2015; India – Ghana Craft Skill Transfer Workshop. Centre for National Culture. Kumasi, 21st May, 2015. Cultural Initiative Support Programme (CISP) Training Programmes for Art and Craft Practitioners, 2008 – 2010; World Wide Fund (WWF) - West African Forest Programme Office (WAFPO): Neem tree alternative for carving project for the Aburi Industrial Centre, 2008.

I am currently working on a number of Projects for my university. Some of these are the KNUST Tourism Project and the Abuburokoksua Projects (the making of local wagons and bicycles for internal running in the university). I am currently married with four children.