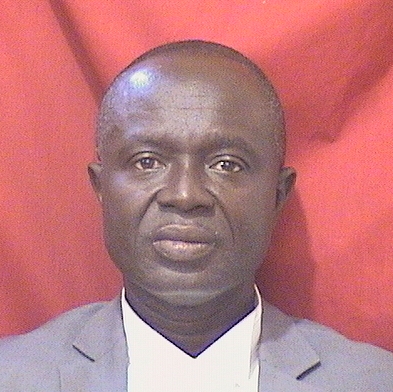 Mr. Debrah was employed by KNUST Governing Council in May 2001. He was posted to the School of Engineering, the precursor of now College of Engineering, and was in charge of the administration of the School under the Dean. In January 2005, he was transferred from the School to the University Examinations Office where he coordinated the conduct of examinations in the University and preparation of certificates for successful graduates. Mr Debrah was again transferred from the University Examinations Office to the Registrar’s Office in November 2006 until he was again transferred to the then College of Architecture and Planning (CAP) in August 2009. He provided the backstopping support to the team that successfully managed the migration of Faculty of Art to CAP to form College of Art and Built Environment (CABE).

Mr Debrah was promoted to the rank of Senior Assistant Registrar in October 2008 and Acting Deputy Registrar in August 2009.He was promoted to Deputy Registrar in 2016. He has served on a number of Committees that resulted in a major shift of University policy. Among them are the First Edition of Rules and Regulations for the Conduct of University Examination, 2006 and the Criteria for the Appointment and Promotion of Senior Members (Administrative/Professional).

Mr. Debrah is a member of Ghana Association of University Administrators, Ghana Bar Association and LIONS CLUB International. He is a Protestant Christian and member of the Presbyterian Church of Ghana. Mr. Debrah has used the vast experience he has accumulated to serve the Community. In the University, he was elected and served the position of Vice-President, Ghana Association of University Administrators, KNUST Branch from 2008-2012. He was a member of the Team that successfully negotiated the migration of members of the Association to the Single Spine Salary Structure.

He was elected Assistant Secretary of the Presbyterian Church of Ghana, Asante Presbytery Choirs’ Union, with membership of about 2000 adults and 200 minors and served the position for three Years (2007- 2009) and was elected President for the same Union for two year-term from 2010-2016. Being a member of LIONS Club International affiliated to the Garden City Lions Club, Kumasi, Mr Debrah has served in many positions of the Club and elected President for the 2015/2016 Lionistic Year. As the Institute of Distance Learning Registrar, Mr. Debrah is the Secretary to the Board and a member of the Management Committee

Mr Debrah is married to Radeska and has a Child and two grand children.