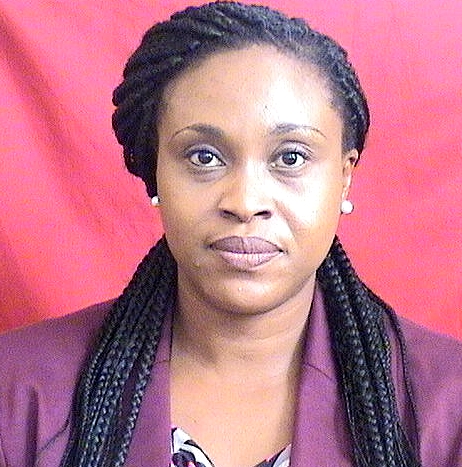 Mrs. Oluwakemi Abisola Titiloye is a Senior Assistant Registrar at the Office of the Dean of Students, KNUST. She holds Bachelor of Science (Hons) (Sociology) from the University of Ibadan, Ibadan, Oyo State, Nigeria in 2000. In 2008, she obtained Masters in Business Administration (General Management) from the Obafemi Awolowo University, Ile-Ife, Nigeria.

Oluwakemi started her career as a Banker in Intercity Bank Plc, Lagos, Nigeria from 2001 to 2004. In 2004, she joined Global Bank Plc, Ile-Ife Branch, Nigeria and worked as a Teller, Customer Service Officer and Funds Transfer Officer. She was with Global Bank Plc before the merger with Intercontinental Bank Plc in 2006. She worked in various sections of Intercontinental Bank Plc, Nigeria and rose to the rank of Head of Operations in the Ile-Ife Branch of the bank, before leaving in January, 2010 to join the family in Ghana.

In August 2017, she was appointed Senior Assistant Registrar and worked at the Faculty of Renewable Natural Resources as a Faculty Officer until her transfer to the Office of the Dean of Students in August 2019. She has served as Secretary/Member to a number of Statutory and Ad-hoc Committees in the University since her appointment.