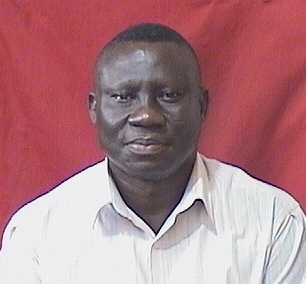 Kennedy is a Chartered Accountant and Member of the Institute of Chartered Accountants, Ghana. He holds two Master of Business Administration Certificates from Kwame Nkrumah University of Science and Technology, Kumasi, Ghana, with Specialization in Accounting and General Management. He is also an Associate in Management Practice from the Graduate School of Business of University of Cape Town, South Africa that was in collaboration with Anglogold Ashanti’s Intermediate Management Development Programme. He also holds a chartered diploma in Forensic Audit from ICA Ghana.

He left the mining industry in 2013 as a Finance Manager having worked for a total of 22 years from 1991 with Ashanti Goldfields, Obuasi and Anglogold Ashanti, Central African Gold and Noble Gold all at the Bibiani Gold Mine.

As Finance Manager, Kennedy was responsible for all Accounting functions and also Procurement and warehousing functions. He acted as Human Resource Manager in 2010 and for 3 years was leader of the Mine Standing Negotiation Committee that engaged the Ghana Mine Workers’ Union in the Collective Agreement’s mandatory periodic negotiations. He was also appointed Special Assistant to the Managing Director of Noble Gold Bibiani Ltd in 2011.He was Chairman of the Mine Tender Board that analyzed tenders for works valued between US$100,000 and US$500,000. Kennedy was involved in providing guidelines for various software implementations due to the changes in ownership of the Bibiani Gold Mine between 2004 and 2010, including Sunsystems, Accpac ERP and Pronto Xi. He also participated in due diligence activities of various mining companies that bid for the Bibiani Gold Mine between 2004 and 2010.

He was appointed a Director of Okomfo Anokye Rural Bank in November 2003. After serving as the Chairman of the Audit and Budget sub-committee of the Board for several years he was appointed the Board Chairman in April, 2014. As a board member he has assisted the bank to improve upon computerization and modernization of operations and expansion of the bank’s branch network from five to nine over the last 14 years. He is currently the Acting Deputy Finance Officer in charge of Finance Reporting at Kwame Nkrumah University of Science and Technology, Kumasi.