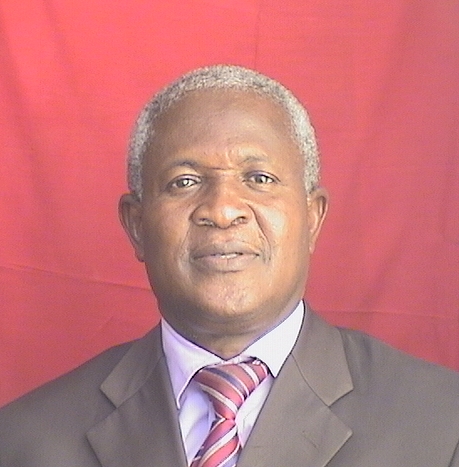 Richard Appiah-Nkyi, Esq. is Deputy Registrar, College of Health Sciences, KNUST. He is a lawyer of twenty-six years standing at the Ghana Bar, having been called to the Bar in February, 1995. He holds BA (Hons) (Law and Political Science) from the University of Ghana, Legon, which he obtained in 1992. In 2004, he obtained MBA (Corporate Strategy and Economic Policy) from the Maastricht School of Management, The Netherlands.

He was appointed Assistant Registrar of KNUST on 4th April, 1997. He has served in various Divisions in the Registrar’s Offices, risen through the ranks and was appointed Deputy Registrar in April, 2012. On 3rd November, 2000, the University Council gave him additional appointment as University Internal Solicitor. Thus, since 2000, he has been serving KNUST in a dual capacity; performing both administrative/management functions and legal duties.

Mr. Appiah-Nkyi has served as External Assessor to the University of Development Studies (UDS), Tamale and Takoradi Technical University, respectively, in assessing papers/publications for appointment of a Senior Assistant Registrar/Legal Officer and promotions to the rank of Senior Assistant Registrar. He has also acted as Consultant to Presbyterian University College, Abetifi and Koforidua Technical University, in reviewing their basic laws and proffering legal opinions.

He has served as Secretary to many Statutory and Non-Statutory Committees of KNUST such as the Search Committee for the appointment of the 1st Non-President Chancellor in the person of the Asantehene, Otumfuo Osei Tutu II, and the Committee for the establishment of the Law Faculty of KNUST. He has contributed immensely to staff capacity building of KNUST by serving as a Resource Person in many seminars and workshops organized by KNUST from 2005 to 2013.

In January, 2020, he served as a Resource Person in the Registrar’s Annual Review Conference of the University of Education, Winneba, where he handled the topic: ‘UEW as a Legal System, the Legal Implications of the Actions and Inactions of Administrators’.

Lawyer Appiah-Nkyi has made worthy contributions to the academic enterprise of KNUST in terms of policy on examinations. In 2007, he legally edited and drafted, for publication, the Regulations approved by the Academic Board titled: ‘Regulations on the Conduct of University Examinations, November, 2005.’ The legally edited Regulations have been published as Recorder No.334 Aug. 2010 Vol.44 No.1.

His contribution to KNUST’s legal architecture and disciplinary infrastructure is monumental. He has developed templates for disciplinary proceedings, based on the University Statutes, October, 2004, relative to students, Junior Staff and Senior Staff, to ensure that the University follows due process of law to obviate infringement of fundamental human rights of subjects of investigations. From 2006 to 2016, when he was the Deputy Registrar (Legal and Welfare), KNUST, he activated and empanelled the Senior Members Disciplinary Committee under statute 58 of the University Statutes, October, 2004, to undertake inquisitions against Senior Members, and acted as Legal Counsel for the Committee. During his tenure, the University never lost a case in court relative to staff and students.

His contributions to the institutional development and corporate governance of KNUST are noteworthy. In April 2000, he prepared the Transitional Provisions to the University Statutes, April, 2000 by which the University smoothly transited from the 1999 governance turbulence occasioned by a law suit mounted against the University in the High Court, Kumasi, in respect of the appointment of Vice-Chancellor. He reviewed the Draft Bill of the erstwhile KNUST School of Mines, Tarkwa, which was passed into law by the Parliament of the Republic of Ghana for the establishment of the University of Mines and Technology, Tarkwa.

KNUST has adopted the Template which he developed on Contract of Guarantee for execution between KNUST and Staff on Study Leave; and the University has abandoned the execution of a Bond (a unilateral undertaking by an applicant for study leave), which was legally deficient.

He also played a notable role in the renewal and title registration of the lease on the University lands situate and lying at the Main Campus, Anwomaso and Boadi. Through his unrelenting personal efforts and negotiation skills, KNUST saved, by way of rebate from the Land Survey Division and Land Title Division, of the Lands Commission, a total sum of One Hundred and Fifty-Three Thousand, Nine Hundred and Sixty-Seven Ghana Cedis (GHc 153,967.00).